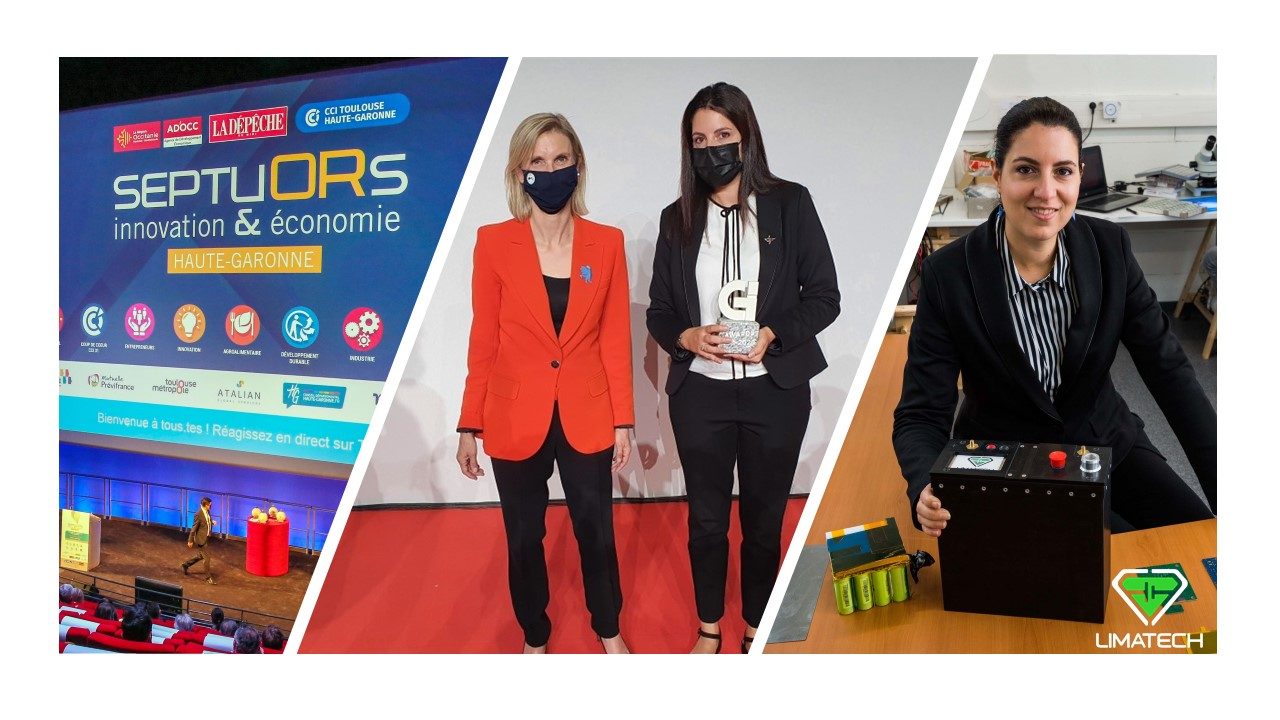 The ORION project with EIC started in January 2021. Let’s look back on a successful year.

In November, LIMATECH joins 2 new business clusters: • EDEN Cluster, the first Defense cluster in France; • The French Fab, membership through which LIMATECH hopes to contribute to the synergies of the French industry.

Finally, the month of December will have allowed LIMATECH to strengthen its relationship with Bpifrance by integrating their aeronautical gas pedal. This will allow us to benefit from advice and training to accelerate the market launch of our new generation lithium-ion aeronautical batteries.

A year of acknowledgment

In September, Florence ROBIN was awarded the “Industrie au Féminin” prize at the Global Industrie trade show, during a ceremony presided over by Mrs. Pannier-Runacher, Minister Delegate to the Minister of the Economy, Finance and Recovery, in charge of Industry.

In November, Florence participated as a jury member in the CIC Sud-Ouest competition, supporting the regional ecosystem.

Florence ROBIN was invited to participate in 2 round tables to share her experience:

In September, LIMATECH renewed its image by changing its logo and its graphic charter to integrate its core business and values.

In October, LIMATECH teams moved to new premises located in Voreppe (near Grenoble), where nearly 30,000 batteries will be produced each year as from 2028.

In December, LIMATECH could measure the progress made in one year, enabling the company to move forward in its technological roadmap and to integrate all the safety functions necessary for the protection of its batteries.

Concerning partnerships, this new year 2022 has well started with the integration of LIMATECH into the Aerospace Cluster of the Auvergne-Rhône-Alpes region in January. This membership should allow the company to participate in the local aeronautical ecosystem and to benefit from the sharing of experience with members of this network.

This year, the ORION battery will reach a new stage in its development with the first flight tests and the ETSO certification. These are decisive steps for LIMATECH, which will allow the launch of the presales.

New opportunities will also arise to increase LIMATECH’s notoriety in the aeronautical sector through its participation in international events and shows such as the A&DSS taking place in Seattle.

The energy transition in aviation is underway!